On September 18th, there was a massive crowd, cramped and packed (not to mention HOT) into one room in Star Center.  That one room just happened to be the new JJ Global Lounge, also formally known as the English Café.  The opening party to start off the new semester was a huge success in the eyes of everyone involved in putting the party together.
There were more than 30 different nationalities that took part in this social event.  It was great to see so many different languages in one room with a common median, English!  This night marked a special occasion for some of the students at Jeonju University.  Not only were they able to practice using their English skills with other Koreans, but also they were able to meet and converse with other people around the world who also learned English as a second language.  For those students who have never been abroad as of yet, was able to experience most of the world that night. It is a well-known fact that English is turning out to be the global language of the world, and at last week’s party everyone present were given the chance to experience it first hand.
The JJ Global Lounge has a bright future ahead.  With an increase in student interests and volunteers, this new place (but same location Star 205) of “English Only” will hopefully become the central place for student to come and relax and experience the world without missing their next class.  If you have not been to the JJ Global Lounge yet, then there is only one question to ask.  WHY NOT?? 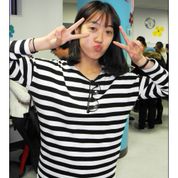 Your Brain’s Ability is Nearly Unlimited!

Application for Excused Absence for the Second Semester of 2021